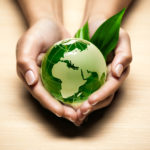 Energy Audits And The Future Of Efficient Energy Use In Phoenix, Arizona Phoenix, Arizona has experienced a significant population boom over the last ten years. Fueled by immigration and a reasonable cost of living, Phoenix was at one point the fastest growing city in the United States. The economic turmoil in the late 2000s hit
Read more